A Witches Work is Never Done

or "Why I Carve Really Scary Pumpkins". Halloween has always been one of my favorite holidays. Now I realize that it's because it was chock full of tradition when I was a child way before Hallmark and Walmart got their hooks into it. My mother made our costumes and the one I remember best was a cat costume. The details are sketchy but I think she converted one piece stretchy pajamas with RIT and a fat, stuffed, black velvet tail that I'm sure I remember hitting my sisters with. She made candied apples that kids came from miles around to snag and there were always a couple of houses in the neighborhood that we just NEVER went to. Too spooky, too much in the spirit of the holiday, all year round. Frankly, that's how my house appears to me, dark and forbidding, and only the brave kids come creeping across the lawn for treats. The stuffed ghosts hanging in the trees may have festive, lunatic grins but if I were a kid, I'd pass on this one, thanks anyway.
at October 30, 2006 No comments: 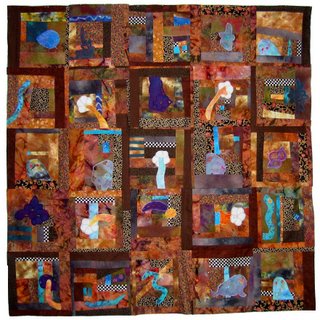 I just spent a very interesting weekend fully disconnected from live input - no cable TV, no internet and (because I switched to Vonage - that's Effing Vonage according to my husband) no telephone. Last week the power company decided to prune some trees and did something to the wire that brings all our technology down the hill. At least they made sure we still had electricity, the sports. We live in a HOLLER - that's southern for "I don't care who your carrier is, your cell phone won't work down down here"- and continue to communicate at the whim of Comcast. I got the "Big Muddy" sewn together according to an actual paper mockup that I spent hours fooling with but now that it's up on the wall, I see that using that strong brown to bring some of the blocks up to size has caused design issues that will have be dealt with as one deals with cockroaches. Swift and deadly. Please don't ask how I know. So we talked, listened to music, cooked & ate a practice Thanksgiving dinner and watched a whole clutch of movies and some TV downloaded long ago. Did you know that at a certain age good sex will give you new wrinkles? What the hell is up with that? All and all, a lovely weekend. And this, from the back of the closet where a battered old portfolio mocks me. I made this up when I did some freelance work for a company that built endcap displays for music distribution stores. I have since confirmed that "freelance" means "unpaid". 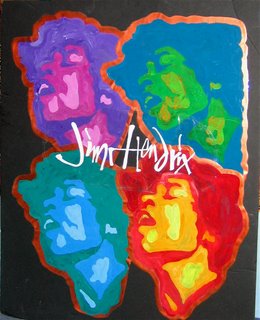 Oh NO!! Another Postcard Procrastination Period

Just this one, I promise. There is too much else to do before I am seduced into sitting in front of the sewing machine cranking little wonders out one after another. There's lots of machine quilting to do and I finally got all the brown fabric I need to finish off the blocks for Big Muddy, trouble is, I am 99% certain that once finished, it's never going to leave my own personal bed.
at October 26, 2006 4 comments:

Loot from MaryJo's in Gastonia

It would have been un-fibrous of me to bypass MaryJo's on my drive back from New York. It was a convenient pit stop for me and the car. Fiber addicts will admire my restraint. I only bought a few yards of some specific colors to complete a project, a few yards of an astounding fabric telling myself I'll use it for backing (sure I will) and then there was a box of remnants - 1 yard cuts of black cotton for .99 each. Did someone tell them I was coming?? Here is part of one of them discharged. I may never wash dishes with the stuff again.
at October 22, 2006 6 comments:

I've been up to NY to visit family and haven't lifted a needle in a week. There was a new addition in the backyard.

Yep, it's a pirate ship alright. Complete with gangplank, rigging and yardarms although my brother took down the jolly roger because a neighbor complained. Just wait until he puts the Christmas lights all over the mast!

They are having the time of their lives with this. That's Rob, Emma, (one of the neighbors who is really happy about the USS Braine being docked at Port Useted) and Rob's boys Reno & Ryder...um, I think that's Reno in the choke hold. Even Debo joins in...

This whopper has been lighting up the night on my design wall and will be for a while. I don't think I have any batting or backing large enough and I really don't want to cut it up - there's a lot of drama to play with here. Jimmy was home all too briefly but he lifted my mopery over baseball withdrawal and the QN rejection. We always find something to have a good laugh over. Quack-quack-quack, my Darlin' and thanks. 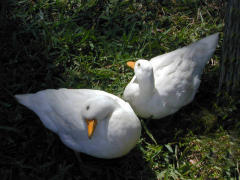 House in Need of Love 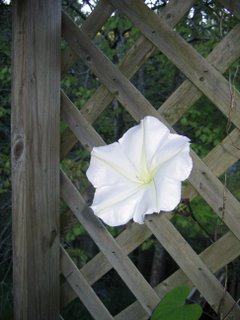 I wish I had taken better care of these garden boxes this summer. This and one or two other buds may be the only blooms I get this year. Time for fresh dirt. My whole house needs a serious facelift. Remember the earthquake that was centered in the gulf of Mexico a few weeks ago? Well, I was one of those sensitive souls who felt it in this suburb of Atlanta. I was in the pool when it happened and didn't know it for what it was. I was hanging on to the railing, drifting and listening to a ballgame when it suddenly felt like someone had jumped or fallen into the pool, but no splash, just movement of the water around me. I didn't think a thing about it until it made the evening news. Now, weeks later, I have discovered that we had some minor damage to the house. Up near a peak around the back, a few boards of siding have fallen away and all the nails on one exterior wall have popped out almost an inch! As our house is built directly on a rock ledge it's no surprise.
at October 07, 2006 4 comments:

It was one of the ten best days so far this year, clear and sunny, breezes just wishing they smelled of burning leaves. Friday night was cold enough to have to turn the heat on for the first time of the season. Just love that smell of roasting dust. I had to cook up another batch of hummingbird sauce last night - they are still here and feeding voraciously. Got out early to assure a copy of the NY Sunday Times and was surprised to find that Borders had 2007 calendars on display. I took a long time choosing this one: 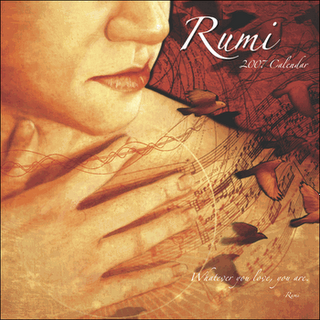 The Braves played their last game of this season at one today knocking the Astros out of the playoffs as the Astros did to the Braves last year. I almost went to the game alone but would have spent nine innings feeling weird and sorry for myself.
at October 01, 2006 1 comment: