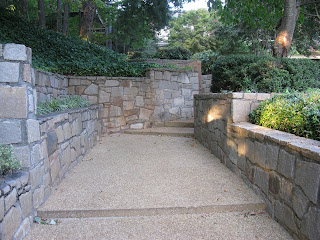 Whoever designed the building and landscaping where I work must have been a Mayan in a former life. This is the last leg of a huge zigzig stepway...to nowhere. It ends right at the street so no one ever uses it except the wildlife. We are a short ride to downtown Atlanta and this office park, easily less than half occupied, is fast becoming a wildlife sanctuary. This bed of flowers was alive with butterflies earlier in the day. Last year a family of geese took over the opposite tower and you could not walk down the steps because they would attack defending their territory. 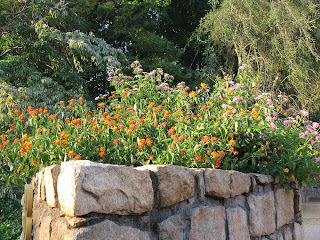 The other night I watched trio of coyotes stride purposefully  through the parking lot. I've seen the odd one as I drive home but it was startling to see this squad together. Tall adult in the lead, two smaller ones watching the flanks as they went. No doubt they are working the overpopulation of  Canadian geese that live here - and the feral cats.
A very large owl flew right across my path as I was driving out of the park. It's encouraging that  there are plenty of creatures doing well despite what humans do to their surroundings.
at September 08, 2010 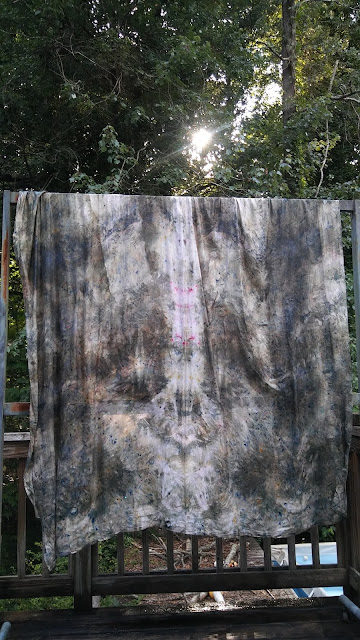