It's the little things.

This was an interesting day that did not start out auspiciously. To quote Leonard Cohen, “I ached in the places where I used to play.” I was tempted to go back to bed and stay there, but I'd had my fill of tossing and turning so I forced myself to get up and get on with what used to be a Good Day; coffee, some eats, getting dressed and out of the house, errands and a walk in the park, followed by some pool time. It's been since the end of June since any more than two of these were possible. 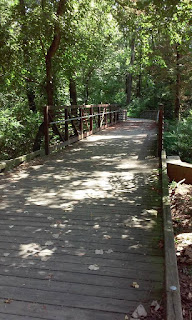 I'm going to be deliberately sketchy about the first event because I was the unwitting participant of a little Robin-Hoodery. Let's just say it was one disgruntled but friendly New-Yorker doing another one a favor in a show of solidarity. And somehow I knew he was going to do it before he did it.

Then it was off to the park. I haven't walked there in weeks and I didn't realize how my writing (what writing?) had suffered for lack of thoughtful footwork. Wallowing in the pool doesn't lend itself to fresh ideas lately, just bliss, too much of which turns the brain to jelly. Ask any opium smoker.

Less than a quarter mile in, right at a convenient stone perch in the deep shade, I got down a substantial portion of a scene that I have been avoiding since it had a name. I called it good and went to stand on the bridge and watch fish for a while because it was hot and I was out walking will.

I have been a bird watcher, a bird noticer, my whole life. Seeing an unusual bird is meaningful to me. A sign of sorts. There, in the stream, playing on a sandbar with a few flycatchers was a feathered jewel. The small bird was completely 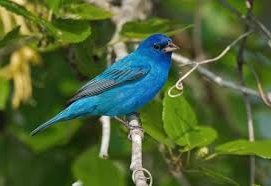 peacock blue and just glittered in the dappled light. I only know of one bird that is so relentlessly blue, the indigo bunting, but I had never seen alive, only in pictures. I can only assume that the greenish light of the glen gave it the turquoise cast, otherwise this was an alien visitation. Tomorrow I'm going back with the good camera and see if I was crazy. 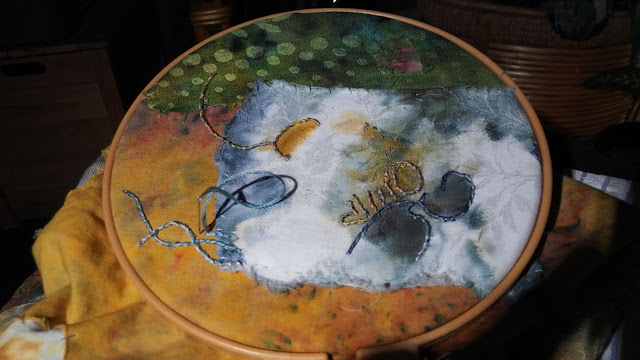