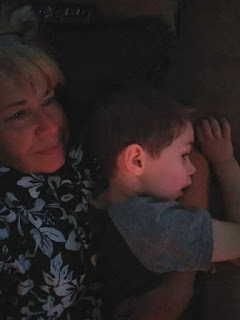 This is where the contamination began, but I wouldn't trade that long, lazy Wednesday. He'd spent the whole night throwing up and was reluctant, afraid to eat. We went through a lot of juice and a lot of low key kids tv even though it was glorious outside. A brief car ride made him green.

The next morning, I was my turn. No pictures, please.

Late in the second day, I took my laptop outside for some real air, but it was still very hot in the sun and the glare just didn't work. 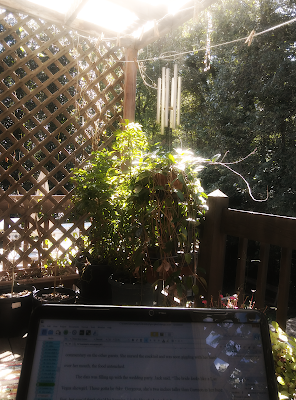 Still, it was pretty out after a full day and night in my dark bedroom. Waking up on serious "E" was interesting too. Something I may try with intent, fasting.


I carried these tiny things around for a while, kidded myself that I would make them into a book. If they travel anywhere, I promised to sterilize them first. A strong sneeze would blow them away, they are so delicate, eight x four inches? 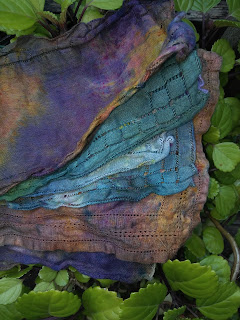 Then fretted about whether or not this purchase would arrive alive. It did. I went two days without coffee because there was no point in consuming it, but we've gone without power here often. We still have wires strung on poles and a lot of old, drought-ill trees in the area. The current cheap coffee maker is losing its grip on "hot" and I'm sick of shelling out for a new one every two years.  When we lose power,  I will still be cooking with gas and there WILL be coffee! 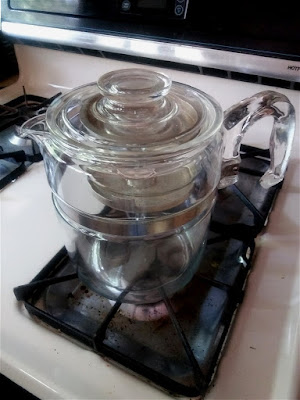