These two pieces have come together for me in ways that I have to call mystical. They are made from the hand dyed antique damasks and cutwork lace pieces that I have been collecting for a while now and based on that wonderful, cut-rate, ancient cotton muslin I scored at OHCO. In some place the holes in the fabric were just there from age and laundering. In other areas I used sandpaper and a rock to abrade the raw edges and thin places for tearing - cotton damask is rough stuff. This one (55"x40") finished with less painting than I first thought. The second piece has more stitching in it's future, some hand stitching and painting . They are both large, this oneis 57"x 42" , both too big to photograph inside the studio without picking up furniture in the frame but it's still dark out. After the top was constructed and hand basted, I put it through a rough, hot machine washing with some work clothes. When I went to build it, I found that I had exactly enough batting left, to the 1/4 inch. I didn't see those spooky eyes until after it came out of the dryer. Thinking about working on these pieces leaves me feeling vague and slightly possessed. I like it.
at November 13, 2007 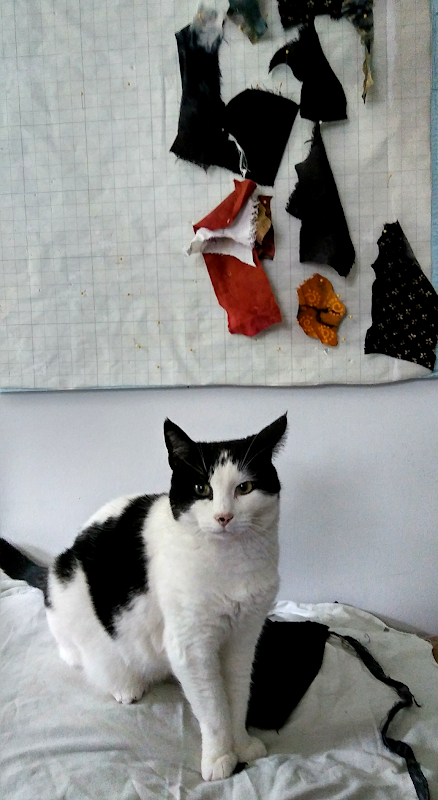