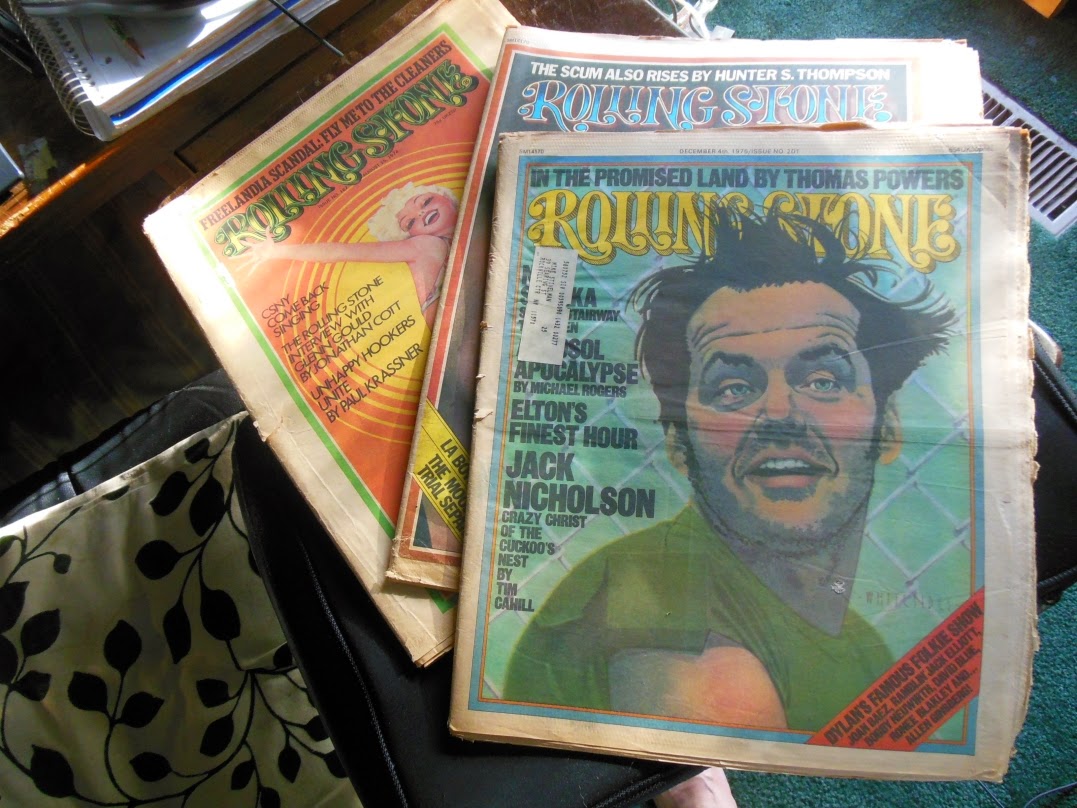 ..or as close as you will ever get to one! I was feeling the need to do a little cultural research for my book and scored these mid-seventies issues for pennies on Ebay. They were waiting on the doorstep (half in the rain, thanks, idiot postie) when I got home from Charlie's place.  I didn't really have time to dip into them until yesterday morning.

Fuhgeddaboutit CBS Sunday Morning! My coffee got cold as I leafed through the fragile, browning paper. Not digging into any articles just yet, but remembering how life was before the Internet, cell phones, cable TV - all the mostly irrelevant crap available at a touch, most of it free.

If you wanted to know something about anything, you had to work hard at it. Libraries were sacred temples. Pay telephones were everywhere and you better have change. Need to get in touch? You wrote letters! Paper, pens, stamps and greeting cards, even telegrams. Note to a lover? Hastily scrawled, unsigned and left in an agreed-upon location or slipped into their back pocket. Stop and think about all that has been lost. 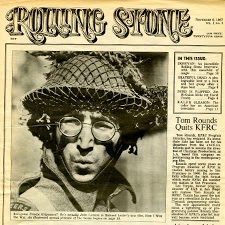 Rolling Stone - on newsprint back in the day - first hit the newsstands in November, 1967.  I had just started my first year at SVA and  was still commuting into Manhatten from Goldens Bridge.  I was killing time in Grand Central Station when this caught my eye.  It wasn't John Lennon's picture that grabbed me. It was the typeface that pulled me in, promising rock music, drugs and sex. I had seen similar fonts used in concert ads slapped on most any available surface in my wanderings around New York City. It's a wonder I got through that first year alive; I was as green as a Granny Smith apple.

I read lots of other newspapers, whatever I could pick up for free on the train left behind by my fellow commuters- the Times, Post, News, Reporters Dispatch, Amsterdam  News, and oddly enough - Playboy. I guess fellow traveler bought it in the city but was afraid to bring it home. Remember, these were the Madmen years. Double lives were almost the standard of the day! The real bitch was I couldn't actually read anything on the moving train, getting  instantly nauseous if I tried. So everything came home with me.

As a commercial art student, there was not a lot of required reading involved and I didn't have time for novels. RS became my primary source for (my) culturally relevant information and I wallowed in it! Dipping into these, I can almost smell the Maryjane!
at April 13, 2015 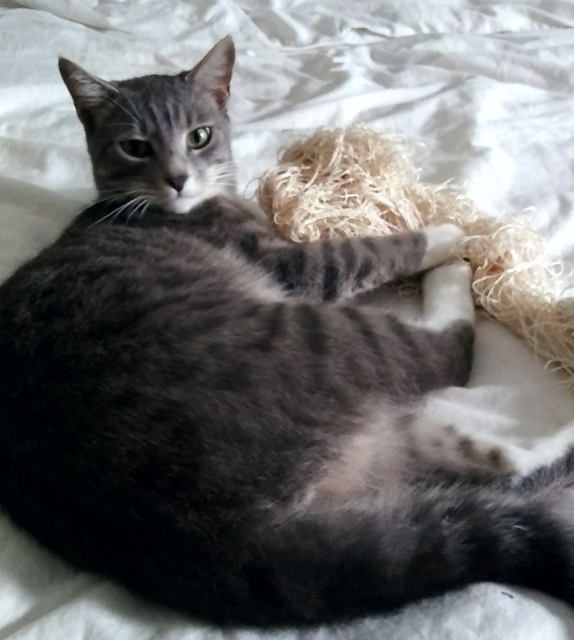