the shift is on 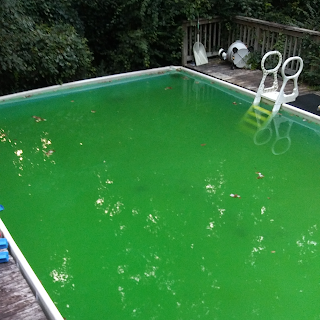 An unexpected week away from daily care, plus a few days of heavy rain, and this is what Fall looks like in Georgia.

If the sun is strong enough and I have the time, I'll get into the soup and see if I can set things blue one last time. It's mostly manual labor and a little kitchen table chemistry, pH balancing, etc. I'm holding onto summer as long as I can amid a degree of personal chaos. 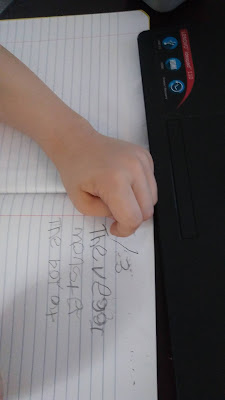 The reason for the chaos? COVID, of course. Charlie's school resumed in-person sessions last Wednesday and the kids were sent home from school on Monday due to someone they had contact with turning up positive. So, back to virtual school.
They were all testy the first day back. Charlie gotten a taste of the real thing and had made a friend. Now we are back to square one. Everyone remains well.
That's me with the bat on her head trying to keep the class in line. As if. 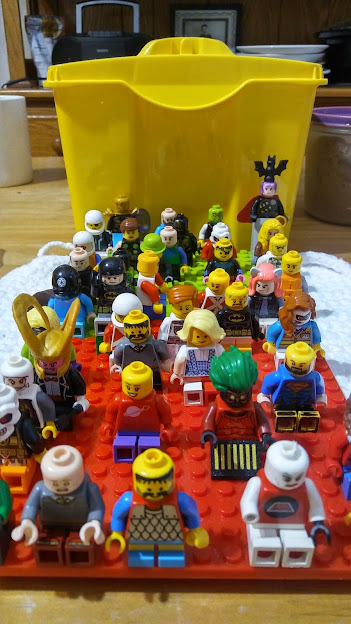 That reference to "One Last Time"? We've started watching "Hamilton" together in bits and pieces. Much of it way beyond him getting.

He loved King George and the cabinet meeting battle between Jefferson and Hamilton. These kids understand the mic drop!

He was enjoying the music and the stage work, but he's always interested in the motivations of the characters. "Are they fighting? What was the fight about? What's HIS problem?" and "That's not George Washington!"

I paused it and set up the scene for him with a brief recap on the American Revolution. No easy task to boil down, I gave explanations about what was happening in this scene. George Washington's farewell.  He was intensely focused on the actors faces and gestures.

At the end of Christopher Jackson's astonishing performance Charlie was standing within a foot of the giant screen. He zeroed in on the catch in Jackson's voice like a shark to blood. "He's crying!' He turned to me for an explanation and caught me in middle of the same complex set of feelings that can only be expressed through tears.

"Nana. Why are you all crying? He was anxious, solicitous, clutching my arm, trying to perceive my pain. I could only say, "It's feeling all feelings at the same time. Happiness, sadness and others all at once. I'm okay. Don't worry. Happiness wins this one."

I lied, sort of. I wonder if he will catch me in that lie someday? I also reminded him that the star of the show, Alexander Hamilton, was a writer. 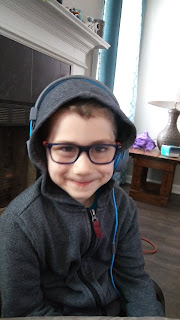 What magic in that dialogue and text about Charlie and you. Awwwww.

Oh my goodness, this is so rich! Sweet Charlie and that shift of school-home. Sigh.

One moment we are here, the next we are where? Snipped from this life, I like to think, to the place and in the company of our heart's... 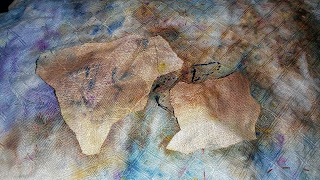