This malaise is just enough to annoy, but I'll make another attempt to get tested later today.

A fresh start for the new year crawled out of the river basket this morning but, to slow me down, I washed everything in the sink. Finger-pressed, they'll be better off for the delay. Me too.

My aged phone is beginning to fail. Pictures have been chancey. If a test turns up positive, it's because I went into the phone place to look into a new one. The same day I yelled at the woman for crowding me at the post office, I only gave the stinkeye from across the store to the putz with his mask under his nose while I waited my turn.

The shit that takes up emotional energy these days... 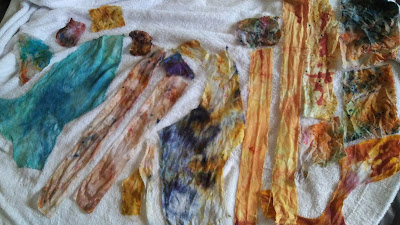 My son when on and on about my aging computer and phone. Wants me to go to the Apple Store in Portland and carry this 100 pounds of (deadweight) desktop with me. Buy new and have the geniuses transfer everything. Really????? I can't even lift the thing to tear off the old month's calendar pages. And why would I walk around in a SHOPPING MALL?????? He said I could also do the whole thing over the phone.

Husband did that- he couldn't understand a word the person on the phone was saying. He even asked if they could speak English. That was awkward.

I was running a low grade fever for a few days back in November. Don't know if it was "it" or not. But it was gone after some Tylenol and a good nap.

I too am in the land of barely working and done-fore devices. I think when this is all over, it will be time. My sister did do the 'do it over the phone w/ apple' thing and it worked for her, but she is way more tech. savey than me!!

all else will somehow fall into place.

Yes please take care of yourself. The computer can wait. But in the meantime, be sure to backup all your files.