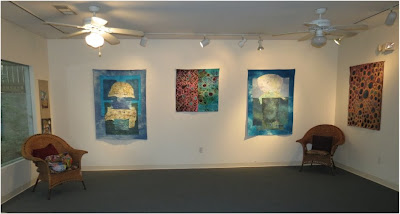 I have been scrounging about trying to find an appropriate setting to photograph all the new work.


Nothing was better than the space where I had my solo  show last year so, on a whim, I called the owner at Phoenix & Dragon  and asked if it would be  possible to squeeze in a couple of hours of wall time for a photo shoot when they were between exhibits. Turns out she did have some time, like AUGUST and would be pleased to have me back.  Two weeks to put together a solo show..you betcha I will. More to come.

In the same morning I made a commitment to advertising my work for rent or sale in the Georgia Film & Television Sourcebook, both online and in print. I don't know about you but sometimes the art I see on the walls in a movie or on TV is more interesting than what may be happening between the actors . I'm always googling "who painted that painting in the scene...." with little success.  "Meet Joe Black" is a great example of Art being a star, if you can focus on a scene that does not have Brad Pitt in it.

You may have read about Atlanta becoming the Hollywood of the South.  What with Screen Gems already here and London's Pinewood Studios coming soon, there will be lots of opportunities for all manner of craft and support vendors and I plan on getting my darlings up onto the silver screen. If any Georgia based artists want to know more, send me an email and I'll hook you up.

I love reading (seeing) your blog. Your colors are so lucious and your critters so weird. (Which I know you take as compliment.) I really want to get my HANDS on these pieces.

Love the recent black and white fabrics, too!