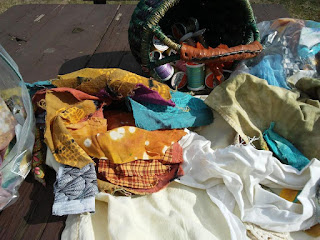 I took the river basket (already brimming and mostly untouched from the trip to the mountains) to the park today to get a little vitamin D and a few steps in before I turn into Jabba the Hutt.

I have a little app on my phone that tells me how many steps I take each day. Lately, it's been mocking me as a lame ass. So I lugged everything down to the bocce courts at the park. No bocce players, or anyone else around for that matter.  Took up a whole chess table with my stuff.

For a while, I was a little overwhelmed with too much cloth to choose from. Bit by bit, I found some shapes and a rhythm I liked. Pins everywhere and now for some basting, fudging as I go. It looks like I'm picking up right where I left off, design wise. Not a bad thing. Let the basting begin...I like this part. 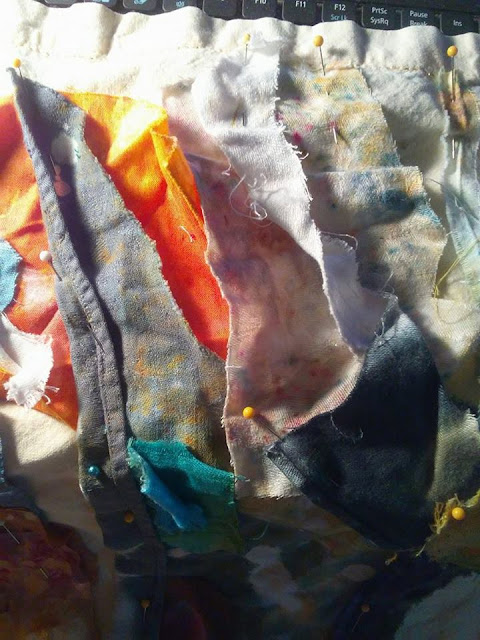 i breathe it in

i breathe You in