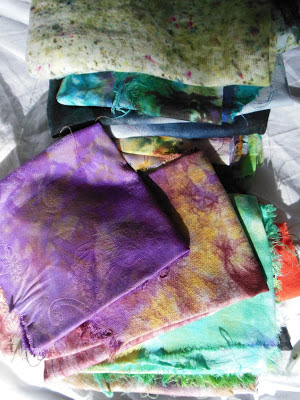 I only got about a third of the new hand dyes ironed. It was just so hot at that task, but the results were making me dizzy.

The older damasks can look pretty frowsy fresh out of the dryer or off the line. Line dried, they are stiff and scratchy and you have to be careful with the iron lest you catch a fold in the point of your iron and rip it. The ones from the dryer remind me of a bad hair day- limp and fuzzy.  Once ironed, they become smooth, shiny and with some color combos, iridescent. 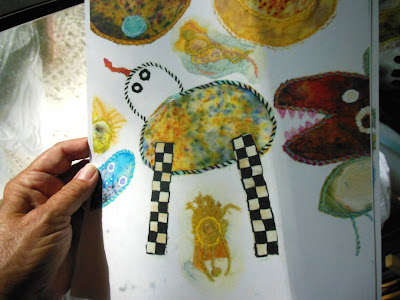 Yesterday I took The Creatives and two of the Karmas to Kinkys and made a series of new reprographs.

They are quite startling in person. An elderly Asian gentleman was standing by waiting on a woman who was busy feeding a pile of documents into the printer next to the one I was working.

He stepped in to observe as the machine spit out the one I am holding in this picture and broke into a broad smile. He could see the edges of the back of the cloth lapping out from under the machines cover but he couldn't get what he was looking at until I took it out and turned it over to show him the original. 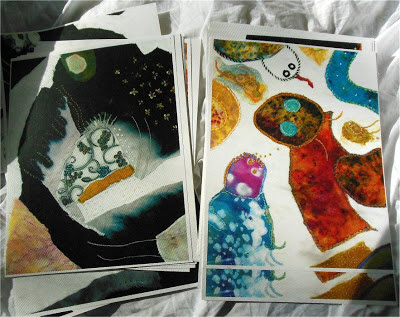 He was holding the print and said "You sell?"

He said "You keep cloth?"

I said "Yes" and smiled.

He threw back his head and cackled and said something in a foreign language to the scowling woman hard at work over her copies. She scowled harder  and I imagine his remark was something along my Goodman's joke about prostitution. "You got it, you sell it, you still got it!"


Meanwhile, back at the ranch, the mailbox garden sprung me a surprise. The morning glory seeds I planted showed WHITE flowers on the package. 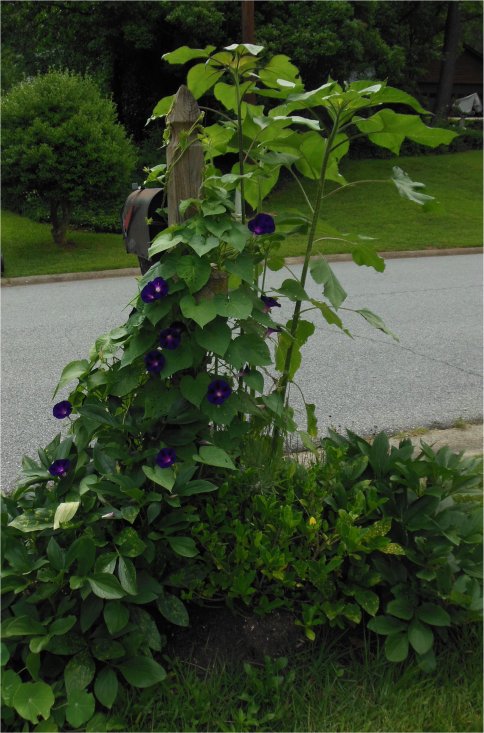 Is awesome and made me throw back my head and laugh. :)

Wise words indeed! Love the Morning Glories, even if the flowers are purple (my fave!)... is that a Sunflower to the right of the mailbox?

Yes Judy, sunflowers , and there's another flock of then lining the fence at the base of the drive. A row of giants! I have spray everything today with oilsoap and water.

funny joke! I copy my quilts on color copiers too... there is something very, very nice about those copies.