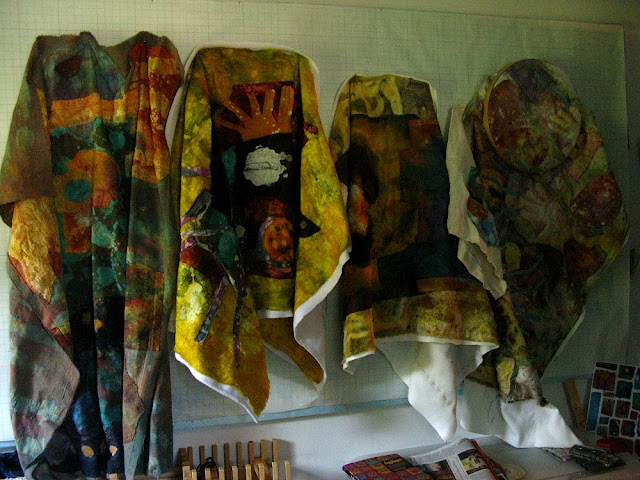 It was such a great weekend that I plan to wrap myself in the good feelings and fly them into the next five days. We cooked (chili and home made chicken noodle soup) enough that no one has to monkey around in the kitchen much for a few days. A little laundry and vacuuming out of the way early and I'm already thinking nap.

There was a little picking up (in preparation for the new closet shelves that I have been putting off) which revealed that I four large works in progress and at least two on the mind-shelf.And last night I somehow  convinced myself that I needed to make a calavera since it's been that kind of year. 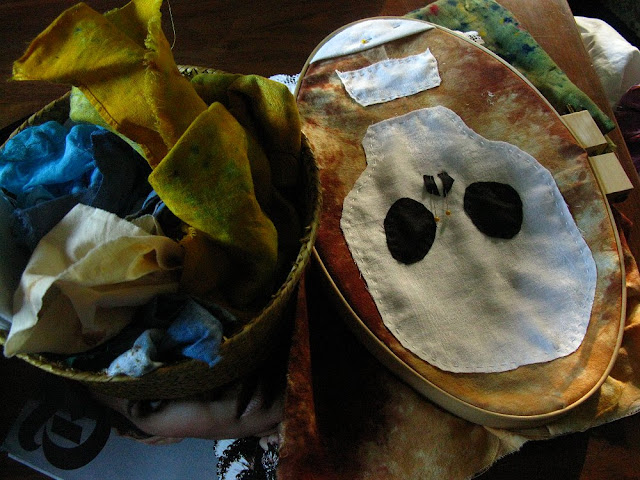 Some wonderful stuff on your wall :) Can't wait to see the finished :)

yes - I am absolutely taken by what is on your wall! It's simply vibrant.

thanks KrisR- let's hope they are as striking one by one as they are hanging in a bunch like so many skinned aliens.