The Braves have lost the wild card game, Chipper got a clutch hit one more time but our season is over. I won't go into the gross controversy because it will be in the news tomorrow and you'll be sick of it. I already am.

Time to turn the hourglass over and let the sands run until opening day next spring. My hat, glove,  and transistor radio go back into the ballpark bag until next year.  I don't know how some people "do" multiple sports. It's emotionally exhausting.

Meanwhile the studio is a hive of industry, if not heavy creativity. I'm just playing for a bit while heavier things brew. I've finally found a use for those little sharpie+alcohol scribblings. But I think I'll toss a few into the washer to confirm that this stuff stains for life.

I wish I knew what words to put into Sweetie's mouth here but basically it's a threat that if I try to sit there again today she's going to make me bleed. 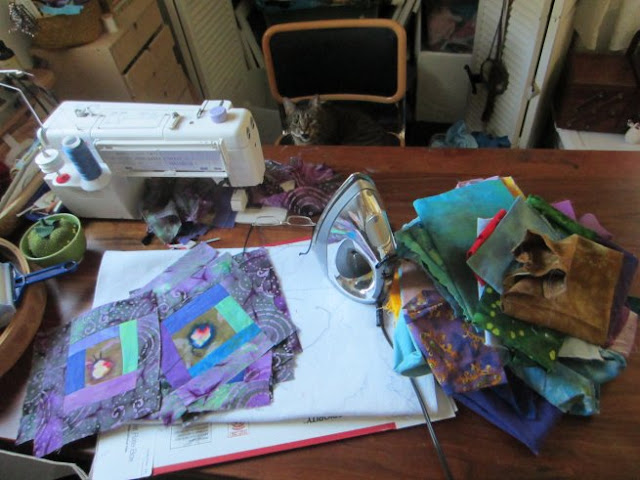 I did some sharpie+alcohol drawings years ago on an old sweatshirt. They did fade quite a lot over time. You can see it here:
http://pomegranatetrail.blogspot.com/2012/03/many-lights.html
All of the colors were very strong when applied. This is probably about 10+ years later. Thought I'd share that with you, in case it helps.